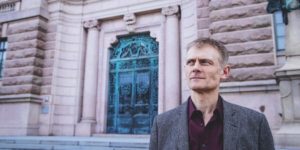 Stockholm Environment Institute, Stockholm University and the Royal Swedish Academy of Sciences are proud to present the Gordon Goodman Memorial Lecture 2017, to be delivered by Kevin Anderson, professor in climate and energy, and Uppsala University’s Zennström professor in Climate Change Leadership at CEMUS.

The seminar was recorded and is available here: 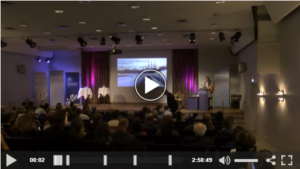 Kevin Anderson is Professor of Energy and Climate Change at the University of Manchester and Deputy Director of the internationally renowned Tyndall Centre for Climate Change Research. He is one of Great Britain’s most recognized climate researchers and is well known for his skills in communicating climate science to decision-makers, the business sector, civil society and media. He has been pivotal in establishing research around carbon budgets and the transformation of different societal sectors to acceptable mitigation levels based on politically agreed goals. In Uppsala, Kevin will carry on the work initiated by the first Zennström professor Doreen Stabinsky: to establish a world-leading node in the area of climate change leadership, that will be unique, both in Sweden and internationally.

Mitigation on Methadone: the trouble with negative emissions

With sixteen of the seventeen warmest years on record having occurred since 2000; with oceans both warming and acidifying; and with unequivocal scientific evidence that burning fossil fuels is the principal cause; – what can we do to rapidly reduce emissions?
This presentation will revisit the scale of the climate challenge, arguing that whilst the science of climate change has progressed, we obstinately refuse to acknowledge the rate at which our emissions from energy need to be reduced. The Paris Agreement exemplifies this duality – relying as it does on highly speculative negative emission technologies to balance incremental tweaks to a ‘business-as-usual’ model with rapidly dwindling carbon budgets for 2°C. Similarly, the eloquent rhetoric of green growth continues to eclipse analysis demonstrating the need for radical social as well as technical change.
Taking these issues head on, this seminar will outline a quantitative framing of mitigation, based on IPCC carbon budgets, before finishing with more qualitative examples of what a genuine low-carbon future may contain.