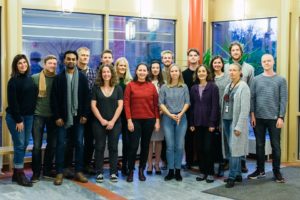 This year, the Conference of the Parties to the UN Framework Convention on Climate Change (COP23) was held in Bonn, Germany, and hosted by the government of Fiji. Starting on November 6th and for two weeks, the event gathered governments and vast parts of civil society to discuss the next steps after the 2015 Paris Agreement. Uppsala University has status as observer organization and sent a delegation of students and researchers to the conference.